As usual, this year’s annual trip to Weymouth started on Saturday 28th May as we all assembled in “The Bunker” situated at the causeway that connects the mainland to Portland overlooking Chesil Beach.

The “Bunker” is all part of the Skin Deep diving experience and is an old Masonic lodge that has been converted into accommodation for divers. Each bedroom is equipped with a shower and bunk beds. The dining room has memorabilia of many of the wrecks we dive and a bay window that overlooks Chesil Beach. Our hostesses are Margaret Smith and her daughter Cathy who provide us with a hearty breakfast, a packed lunch and a sumptuous evening meal.

I have done Weymouth Week for many years and the main change is that our dive boat, Skin Deeper, has moved to Portland Marina where the National Sailing Academy,  Coast Guard and O Three (specialist dive suits) are all based. The Marina is a short walk from the Bunker and has all the facilities required….a free car park, showers, a cafe (run by Cathy) and, most important, a pub serving excellent food.

We transfer all our kit to the boat and us veterans are there to assist, advise and welcome all aboard. We are soon joined by old friends Chris and Jim from St Albans and our skipper for the week, the fantastic Lennie and his crew, Maggie. Skin Deeper has its own compressor to pump our bottles and everything runs like a well oiled machine. If you need nitrox then this is provided by the local dive shop situated nearby in the marina complex and is owned and run by Cathy’s husband Ian who just also happens to own and skipper Skin Deeper, plus runs a commercial dive business and when called upon is cox of the Weymouth Lifeboat.

Each day our Expedition Officer consults with Lennie and decides on the dives for the day. Although we have dived most of the wrecks many times before they are always different with something for everyone. The usual favourites are The Salsette, M2 (my favourite), Ethel, Elelanor R and St Dunstan but the wind and tide dictates our choice. Years ago, our dive would consist of searching for brass but this is now not acceptable (very little left) and now the search is for wildlife both on and off the wrecks. Our second dive is often just off Portland Bill diving under the cliffs or the ledges off Chesil Beach. However, the highlight is always “scalloping” on the Lulworth Banks just outside Lulworth Cove.

For me, the trip is all about meeting old friends, the camaraderie and “banter”, the spectacular scenery and the history and geology of the area. Rounding Portland Bill and powering through the “race” is always memorable.

Returning to the marina there is time to reminisce over a pint before returning to the Bunker for one of Margaret’s fabulous evening meals. A walk up onto Chesil Heights and around the derelict gun batteries, quarries and The Verne, with views over Portland Harbour is a must. To witness the setting sun over Chesil Beach is a moving and memorable experience.

You will gather I am passionate about this annual trip. Recently, the only downside has been the weather and the visibility. Both of which we have no control over and this year the latter was dire. So next year we have moved the week to September and, hopefully, this will result in yet another classic week. 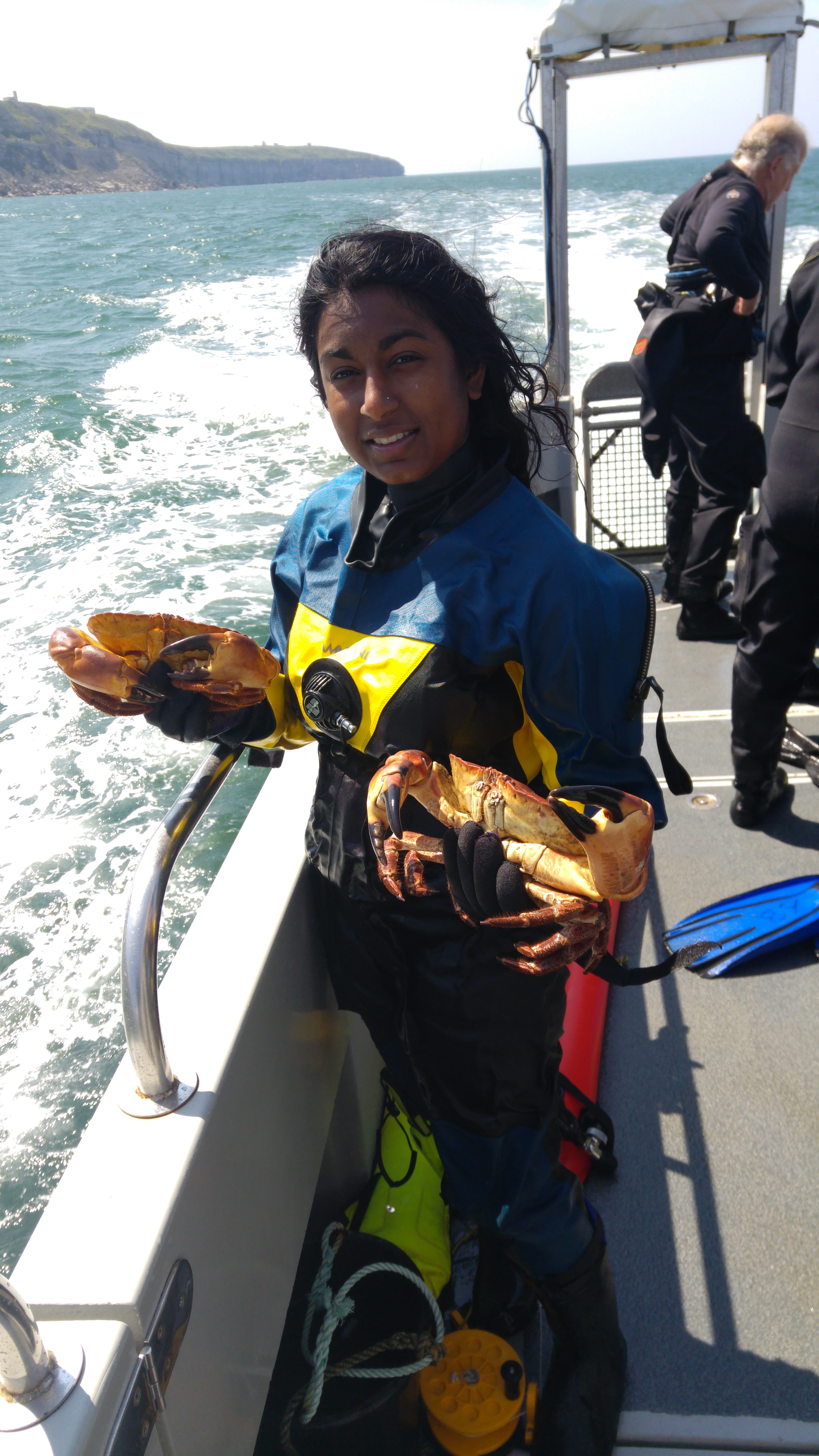 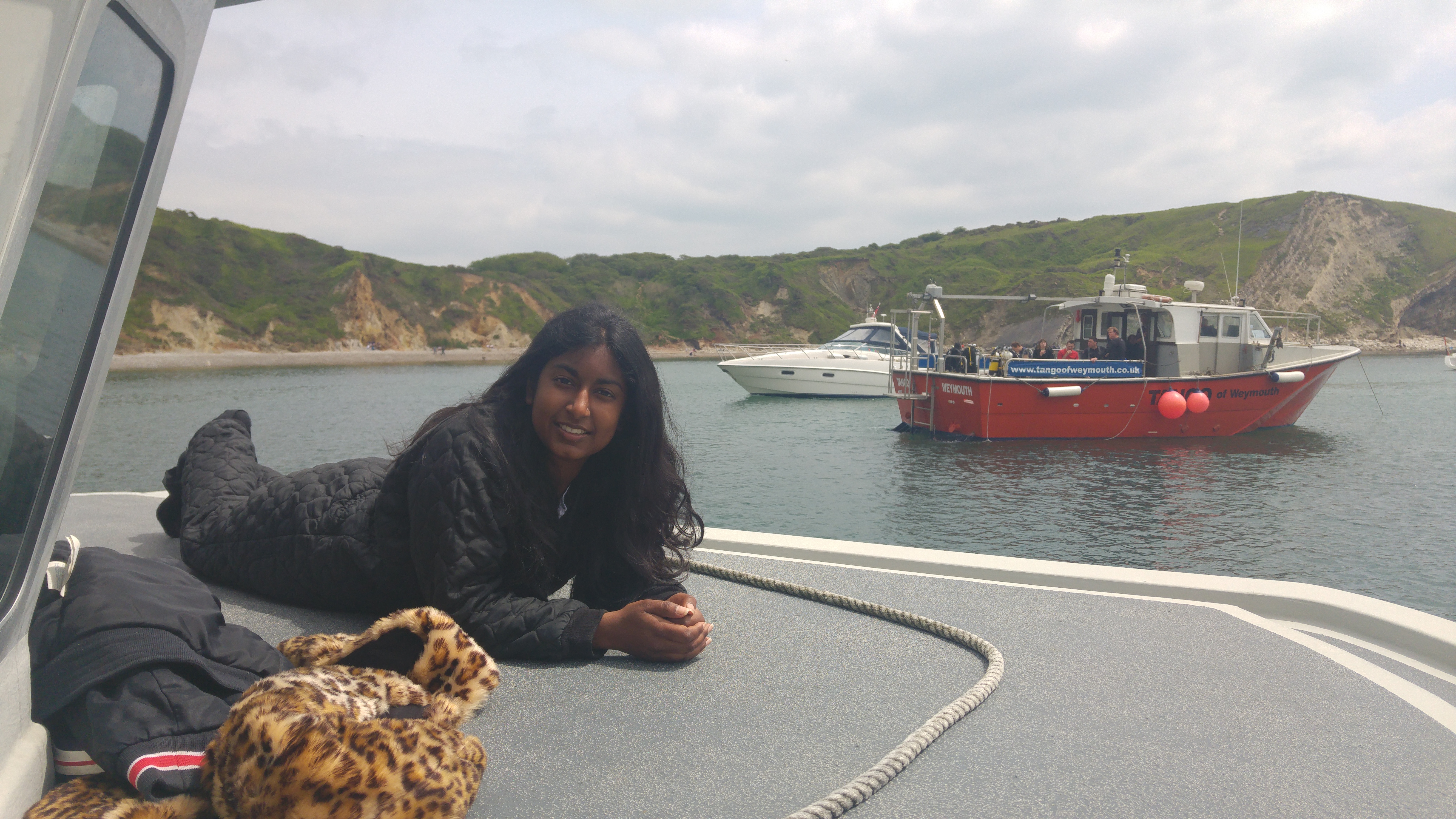 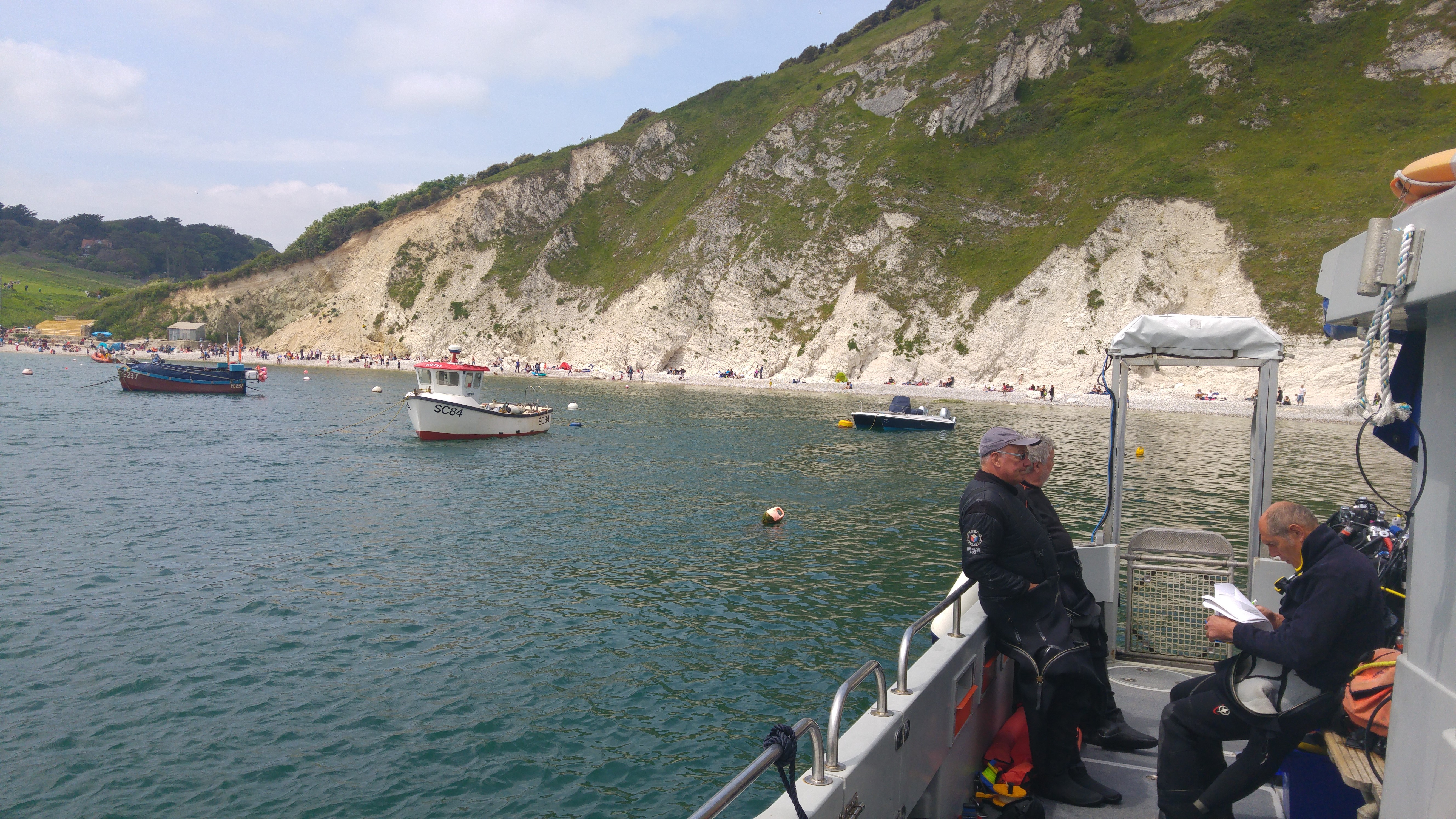 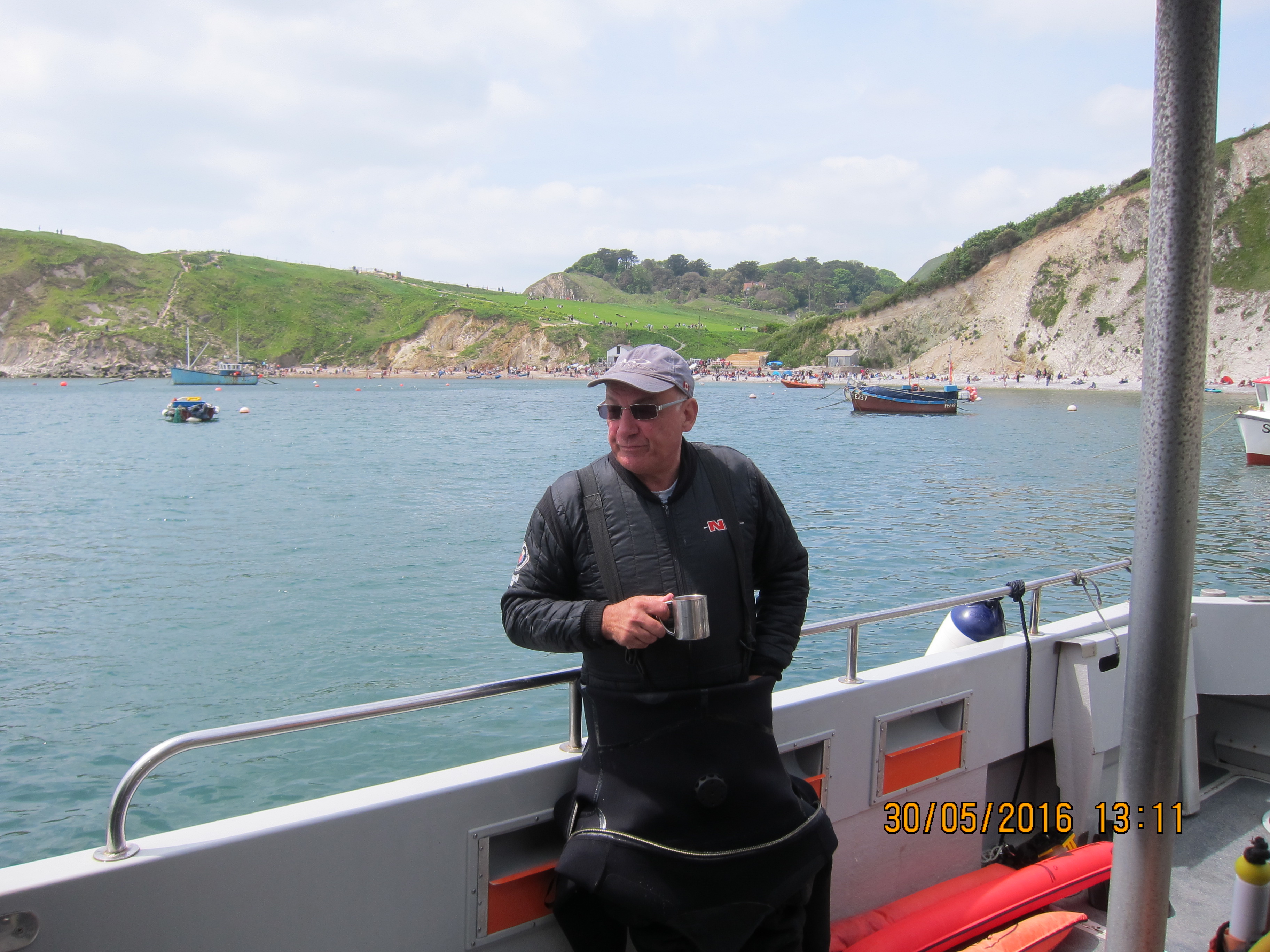 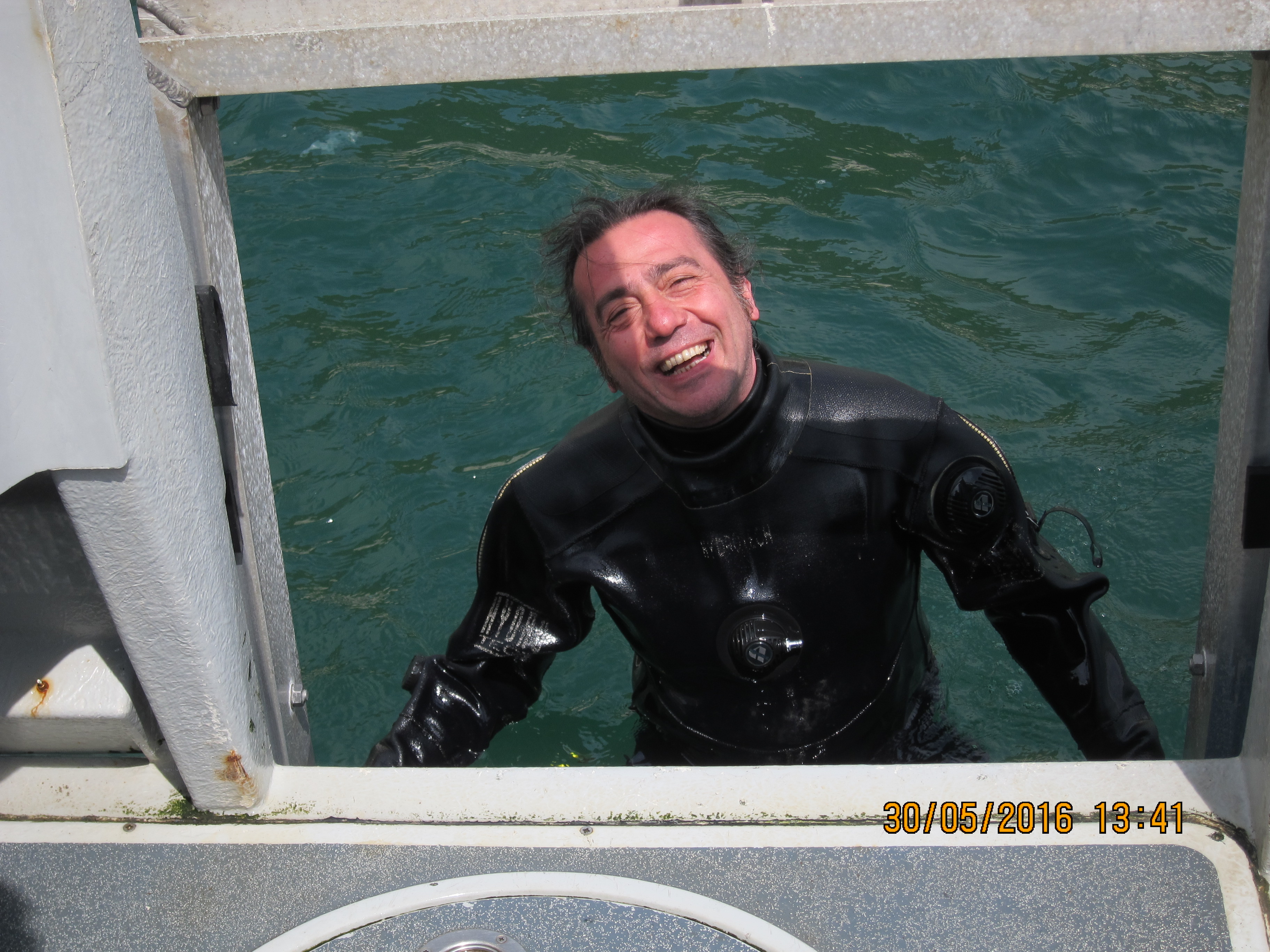 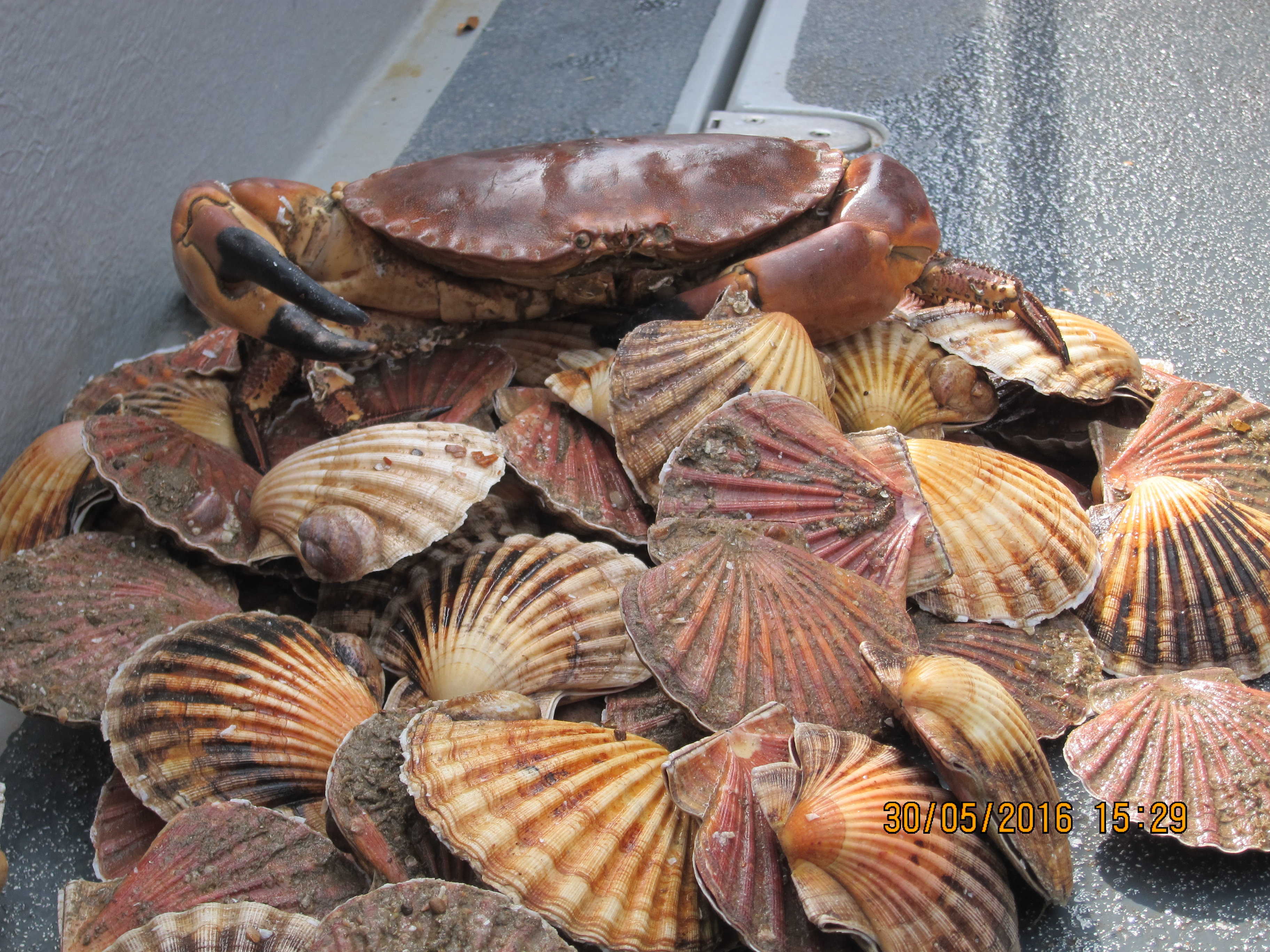 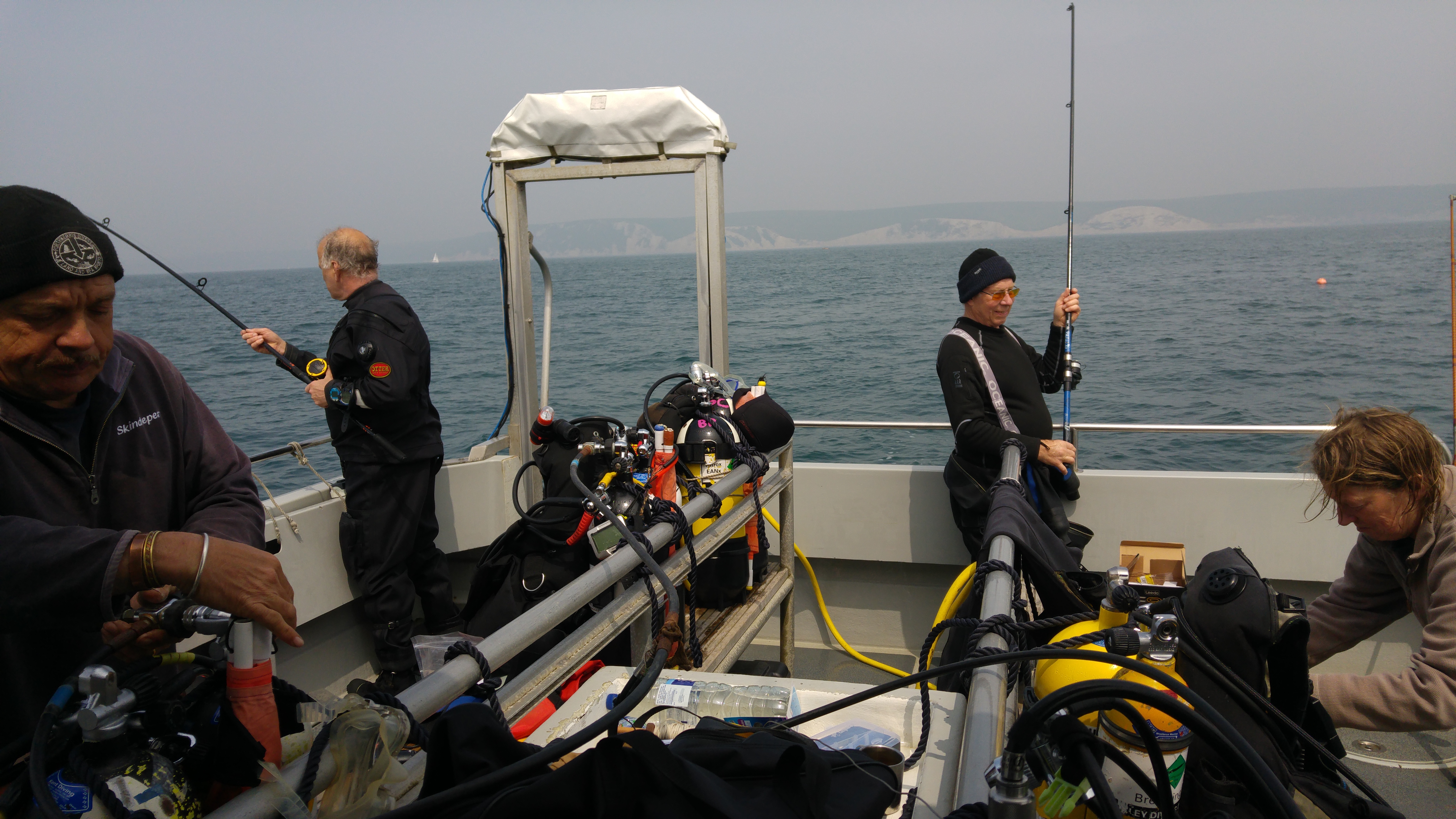 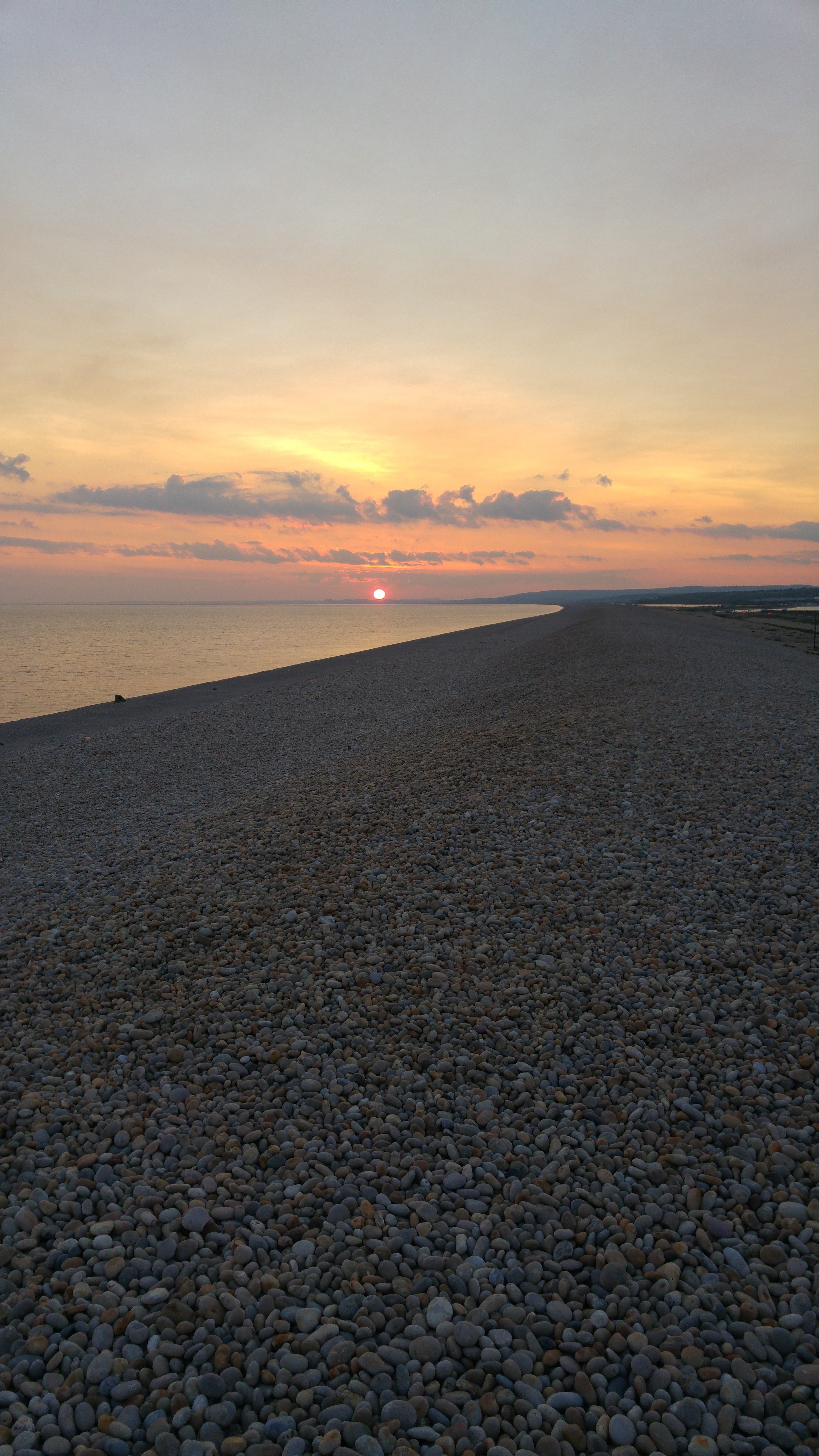 Dive on the M2 Submarine

This year we decided to dive on the above wreck and, surprisingly I had never dived this wreck before. In the “Bunker” at Weymouth there is a photo of this very unusual submarine and more information can be accessed from the internet (just search for” M2 Submarine”).

The M2 was a sister submarine to the M1 and they were both built after WW1 and were the “nuclear deterrent” of their day in as much as they had a huge gun mounted on the deck and this could be used to sneak up on enemy vessels and blast them out of the water-or so the theory went. The M1 was lost in very suspicious circumstances and the M2 then had its gun removed and this was replaced by a seaplane that took off from the deck of the sub! The seaplane was housed in a large hanger situated fore (in front of) of the conning tower.

Unfortunately, on the 26th January 1932 the submarine was lost with all hands on board (60 people) caused by, they think, the submarine submerging without ensuring the hanger doors were shut.

Prior to the dive we were given the usual very thorough briefing and the, now mandatory risk assessment. The sub was on the bottom (where else?) at 35m with the deck at 30m, the top of the conning tower at 25m and the periscope at 20m, so nothing too daunting. The sea was reasonable (or very rough if you talk to Caroline) but there was a sea fog which was a pity. The sub is a War Grave and we must treat the wreck with respect.

I dived with Ben and went in as the second buddy pair and quickly descended the shot line which Ian, the skipper of Skin Deep, had already dived down and attached to the conning tower (you should appreciate that it is very difficult to get a grappling hook to attach itself to a submarine as it keeps sliding off.) The viz was fairly good (3 to 4m probably) and you could clearly make out the shape of the submarine sitting absolutely upright. Ben and I, as previously agreed, made our way over the hanger where you could clearly see the doors were open (no sea plane!) towards the bow (front?) of the sub. About half way along I spotted a lobster, in a channel but exposed! I made a grab for him as I knew Ben was scarred of those big claws but he retreated into his hiding hole (the lobster not Ben). No problem, I thought, as I now had my lobster “stick” and had been advised how to entice the lobster out. The instructions sounded simple – lobsters don’t like being “tickled” up the backside and come out for you to grab them – but in practice not so easy. Firstly, the hole was in a channel so I had to reach down and, with my arm fully stretched, try to poke the stick in the hole All the air in my dry suit rushed to my feet and suddenly I was upside down with my feet pointing to the surface (now you know why we practice forward/backward rolls!!!). When I sorted myself out I returned to the battle only to find two huge conger eels, in the channel, protecting the lobster. I motioned to Ben to take over but the response was “not likely!!”

Disappointed, we turned around and made our way back to the conning tower. Of course, by now all 10 divers had descended and kicked up some silt and without realising what we were doing found ourselves inside the hanger in zero and I mean  ZERO viz. I grabbed Ben (as I could not SEE him) and indicated that this was not the place to be and that we should vacate immediately. As soon as we exited the hanger the viz improved.

We then explored the rest of the sub, found the shot line, and ascended making sure we did the necessary stops on the way.

This was an excellent dive that I would recommend and will definitely dive the M2 again.